About The Makers Guild 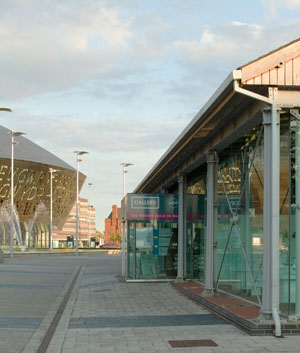 'The Makers Guild in Wales is the National Craft Organisation for Wales; a membership body that engages and inspires through the promotion of excellence in craft.'

Established in 1984 as a maker co-operative, the Makers Guild in Wales was formed to bring together and promote the best of Welsh craft talent.

Since its inception the Guild has grown and developed into a strong and vigorous organisation with an international reputation for craft and applied art.

The Guild is fully committed to its charitable aims, namely the promotion and preservation of applied art and craft skills, by presenting Welsh-based work of the highest quality for the public to view.

The Guild stages national and international exhibitions together with running educational programmes.

The aims of the Guild are:

The Guild is a membership organisation with 79 Wales-based maker-members currently. All Craftmakers living and working in Wales can apply to become a maker-member. They must submit to a selection process based on artistic quality. Once accepted, they can benefit from a range of opportunities that the Guild offers.

Our Board of Trustees

The Makers Guild in Wales is a Incorporated Charity and is overseen by a Board of Trustees. The Board consists of 12 Trustees who govern through the organisations Memorandum and Articles of Association. The Board meet 6 times a year and task day to day running of the organisation to certain sub-committees and staff as required. You can view our charity details on the Charity Commission Website HERE .

The Guild has been successfully managing to sustain and maintain its Charitable Objectives for well over 30 years, namely:

Founder Member Molly Curley is curating a project called 'Making Memories-30 Years of The Makers Guild in Wales' collecting stories and recollections from members of the Guild, you can read some of these HERE

Find out more about the early history of The Makers Guild in Wales as recollected by two of our founding members.

Molly Curley's own early memories of the Guild - Download

We welcome applications from any maker living and working in Wales who is personally involved in the design and creation of their craft and/or applied art. Find out more about becoming a member.